We Believe All Children Should Have an Education

Building a foundation for the socio-economic and Spiritual Independence of persons living with disabilities in Uganda through establishing rehabilitation and training centers and affiliation with support groups and faith-based institutions and churches.

Overcomers Christian Ministries Uganda offers education for children with hydrocephalus, spina bifida, and other disabilities. Due to improved medical care, many of the children who have been cured or effectively treated for hydrocephalus and spina bifida are able to lead longer lives. Because of this, it is essential that they receive an education just like any other child.

Unfortunately, the majority of these children start at their community school at an older age and have a problem catching up. This is due to large class sizes, teachers who do not know how to educate children with special needs, and facilities that are not set up to handle children who are not completely mobile; these schools are unable and sometimes unwilling to give these children the help and support that they need. Overcomers Christian Ministries Uganda is able to provide them with an education and smaller class sizes until they are ready to join any other mainstream education.

Offering financial support to a school in Uganda for children with hydrocephalus, spina bifida, and other disabilities.” 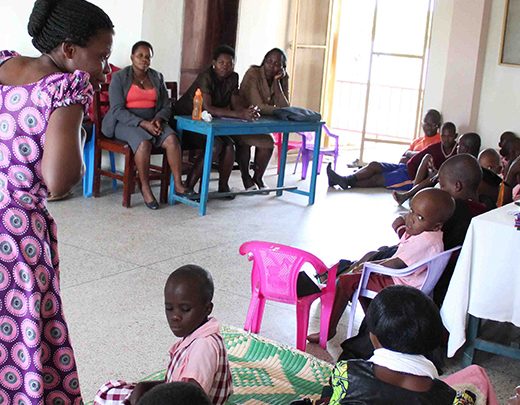 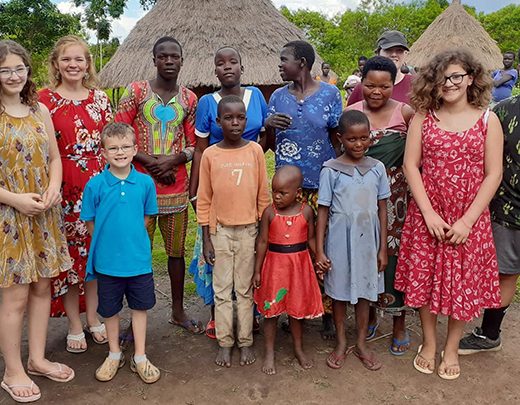 2021 has been another challenging year for our staff and students, as school was re-opened, and then closed again in May 2021 by the Ugandan government.  All of our students were forced to return home again – some to good home lives, others to very hard home lives.  Our staff and teachers check in on students as they are able.  The remoteness of some students makes that challenging.  The Ugandan government has stated that schools may reopen in January 2022.  We pray this happens!  Until then, please pray for our students, who are missing education, their friends, Physical Therapy, and for many, safety, love, and stability. 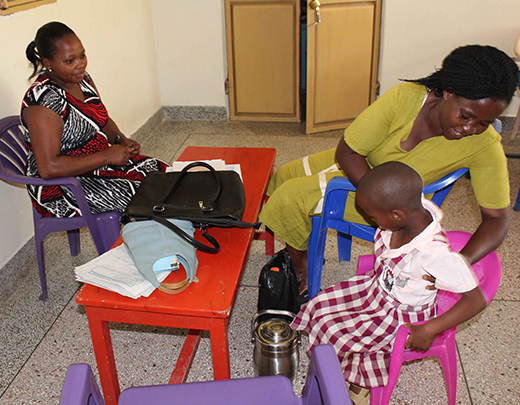 In December 2017, at a parent meeting before the Christmas holiday:

​The father of one of the students said that he had always been frustrated with his daughter's condition and confessed that he didn't take care of her. The family was having difficulties, and God told him that if he would begin taking care of his daughter, things would get better. Since he started caring for her, their family life has gotten drastically better! For a Ugandan FATHER to share that is amazing! Ugandan fathers have a "cultural right" to abandon their children if they deem it appropriate.

One student’s father decided to stop picking him up over school breaks. Miriam spoke with the authorities, who informed the father that if he would not pick up the child, he would go to prison. So, his father came to pick him up for break. During the time that the parents were picking up their students for the break, he children put on a presentation. The father was so surprised by how his son had improved that he started weeping!
Parent Testimonial 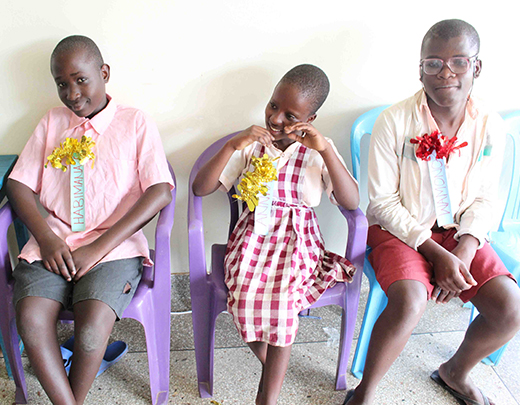 To Miriam, Founder, and Director of Overcomers:

​"I hope you are fine. We have written this letter to you to thank you for the love and care you have shown to us. Everything you do pleases us because of your love. When we were born we did not know that we would find a beautiful school like this. May the LIVING GOD bless you so, so much!"
- From Esther and Janet, 2 of the first students at Overcomers
​
Student Testimonial 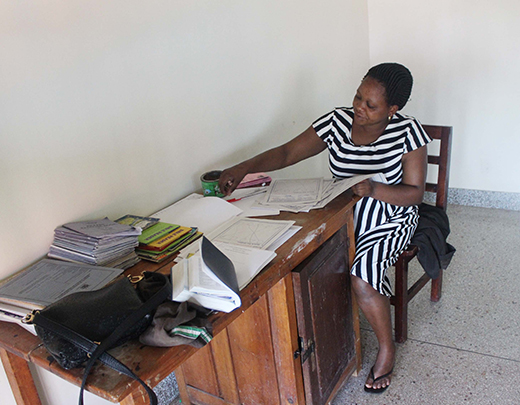 From Esther, one of the teachers at Overcomers:
Our God is a loving God!

This Last school year, our p.7 boys who sat for their living exams. (Exams that pass a student from Primary school to Senior school). Both scored highly and are now our first ever Senior 1 class.

I joined Overcomers in 2012. At that time, it was not unusual for a student to have an accidental bowel movement (due to not being able to feel when their bowels needed to move) three times in one class period. I thank God for His miracles! Now, I can finish a class period without any of these accidents!

These past years at Overcomers, we have seen that even children who struggle to learn due to their disabilities can at least pick up something when l teach.

With your support, the Overcomers is making wonderful progress. Thank you!
Educator's Testimonial 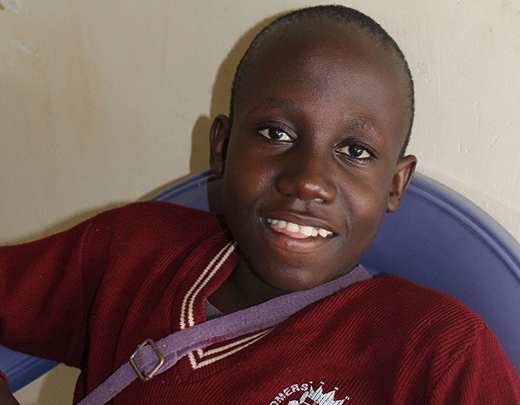 Rodney and Rovina are siblings from Mbale District in Eastern Uganda. Rodney and Rovina were both born with spina bifida. Rodney’s condition required that he be operated upon at CURE Children’s Hospital in Mbale. They both joined Overcomers Special Needs School in 2019.

Rodney loves the care that the children are given. He says that at Overcomers he is not stigmatized because of his condition, which did occur his former school where he was laughed at. He is a bright student and wants to become a lawyer so that he can advocate for the rights of persons with disabilities and human rights. He loves making new friends, reading and watching movies.
Rodney 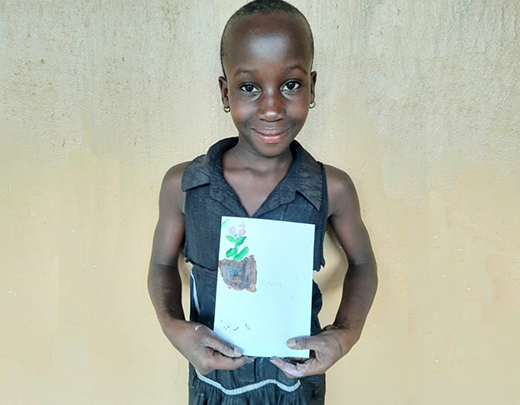 Rodney and Rovina are siblings from Mbale District in Eastern Uganda. Rodney and Rovina were both born with spina bifida. Rodney’s condition required that he be operated upon at CURE Children’s Hospital in Mbale. They both joined Overcomers Special Needs School in 2019.

Rovina says, “At Overcomers I was taught some basic responsibilities, for example bathing myself, washing plates and cups, washing my clothes, and sweeping the compound. I want to be a teacher. My mother is a teacher and this has motivated my desire to become one. I also love children.”
Rovina 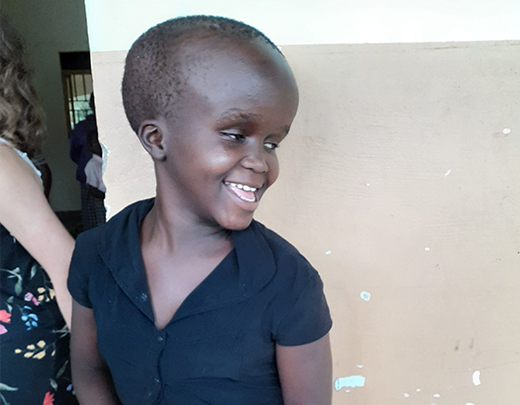 Fiona comes from Central Uganda. Born in 2009, she is the first child of her parents and has two siblings. Her father is a bodaboda (motorcycle taxi) rider and her mother is a house wife. After being born, Fiona’s parents noticed that her head was swelling and the eyes started changing. They were referred to CURE Children’s Hospital where she received an operation to relieve the water that was on her brain due to hydrocephalus. At Overcomers Fiona is one of the most friendly children and loves helping others. She reminds her friends of physiotherapy (physical therapy) sessions after lunch. Fiona’s own sessions have assisted her a lot because she came to Overcomers she was not able to walk on her own. Now Fiona walks well and fast! She also loves praising God through singing and worshiping.
Fiona 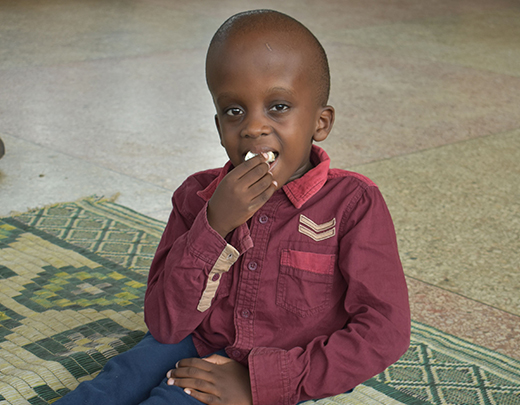 Derick is the first born child to his parents. His mother is involved in his life, but his father is deceased. He has two siblings and he is currently in primary four at the Overcomers Special Needs School. He was born with both spinabifida and hydrocephalus and was treated at CURE Children’s Hospital.

Derek is an active and friendly boy who loves dancing and praising his God. Derek says that the Lord God has brought him this far. “EBENEZER”. He desires to become an accountant.
Derick

“Children are required to pay tuition of approximately USD 1200 per year. Unfortunately, most of the parents of these children cannot afford that money so we heavily depend on gifts and goodwill from friends and donors.”

Find us on socials:

“The official registration and financial information of Overcomers Christian Ministries may be obtained
from the Pennsylvania Department of State by calling toll free, within Pennsylvania, 1-800-732-0999. Registration does not imply endorsement.”